Home > A closer look > From Stage to Screen-print: When Actors Become Artists

From Stage to Screen-print: When Actors Become Artists

When they leave their film sets, these actors go to a different kind of studio and put on their artist’s aprons. Far from the cameras and paparazzi, they explore their passion through photography, painting, sculpture and drawing. Here are our 8 favourite examples of when actors become artists.

Canadian comedian Jim Carrey is world-renowned for his hilarious facial expressions, punch lines and exceptional acting. However, since his This Light Never Goes Out exhibition at the Phi Centre in summer 2019, he is also known for his artistic talent. Much like his performances in front of the camera, Jim Carrey’s drawings are funny, satirical and socially engaged. Drawing inspiration from current events and more specifically from international political theatre, he expresses his concerns through illustrations that he regularly posts on Twitter. He has already been exhibited in several American galleries. What’s more, his talent has been praised by the art critic and columnist for New York magazine, Jerry Saltz.

Few people know that the iconic Bond girl from Live and Let Die is also a painter. Inspired by French Impressionism, and in particular Claude Monet, Jane Seymour paints figurative, feminine and sophisticated scenes from life. Whilst she has always loved to paint, she didn’t start painting seriously until she started taking classes in the early 1990s. For her, painting is a form of relaxation and gives her the opportunity to explore her imagination. Indeed, the actress developed her artistic flair at a very young age, having begun her studies of dance, music and theatre at age 13.

You may know him from L’Auberge espagnole, De battre mon cœur s’est arrêté, or L’Arnacoeur, but did you know that Romain Duris’ talents don’t stop at acting? He is a true example of when actors become artists. Indeed, he also knows his way round graphite and pencils. As a boy, Duris dreamed of a career in Plastic Arts and illustration. However, when he was noticed on the street and subsequently cast by director Cédric Klapisch, he left behind his sketchbooks and diaries for a career in cinema. Today, he has reignited his love for drawing. He even exhibits his illustrations, in which he brings to life an imaginary world of black humour, eroticism and passion. The Galerie Cinéma Anne-Dominique Toussaint, Paris hosted his first solo exhibition Pulp in 2017, followed by Féroce, in 2019.

An actor, director, screenwriter and author, James Franco is an artist who is by no means lacking in talent. He owes his strong artistic personality and multifaceted skill set to those who raised him: his mother, a poet-journalist, and his grandmother, the director of an art gallery. Therefore, when he started acting, he continued his pursuits in painting and photography. Eighty films later, James Franco exhibited for the first time in France at Paris’ Galerie Cinéma Anne-Dominique Toussaint. Entitled New Film Stills, the exhibition brought together a series of silver prints paying homage to Cindy Sherman‘s Untitled Film Stills.

Another example of when actors become artists is Charlotte Le Bon, who has had a somewhat unconventional career. She is a model, weather presenter, actress and, above all, illustrator. Behind the apparent naivety of the artist’s strokes lies an obvious astuteness and a humorous take on the world around her. Charlotte Le Bon is represented by the same gallery as Romain Duris, where she has exhibited her first exhibition. We love discovering again and again her endearing Factory! Inside you’ll meet HH, a man with a heart for a head, as well as a melancholic pickle, an adorable little hairy monster, a hotel on the moon and a space peach… as well as many other drawings, both funny and serious.

When Hollywood star Lucy Liu leaves the film set, she retreats to her New York studio. Since her teenage years she has been exploring her interest in painting. She has also created several international exhibitions, from the United States to Europe. In 2019, the National Museum of Singapore exhibited some of her works; including drawings, paintings, collages and screenprints, as well as compositions made from salvaged objects. Indeed, Lucy collects and reuses discarded materials that she transforms according to her emotions. Unhomed Belongings opened a visual dialogue between the Taiwanese-American actress and the famous Indian artist Shubigi Rao.

Next up is Danielle Arbid, a Lebanese writer and director. At the age of 17, she left her home country to study Journalism and Literature in France. She began her career working in written press and directed her first short film in 1997. Today, she focuses on her work in audiovisual creation (short and feature films, video essays, documentaries), as well as her greatest passion, photography. Her first exhibition took place at the Galerie Cinéma. Exotic Girls tells the story of a group of young women leaving their home countries, eager for new experiences. As if mirroring her own story, her photography shows a hazy Paris in saturated colour as if discovered just the day before… exotic in its own way.

In addition to being a director, screenwriter and producer, Cédric Klapisch is also a photographer. Whilst his passion for getting the right shot is easily discernible in his films, today, he explores his passion through the art of photography. In 2014, he exhibited his first collection, Paris-New-York, at the Galerie Cinéma, which comprised a selection of shots that inspired his film Casse-tête chinois. In February 2017, Cédric Klapisch returned to the Galerie Cinéma to present Nature humaine (Human Nature). This photographic work explores the presence and absence of man in nature. Additionally, this exhibition never strayed too far from the big screen, as the photographs acted as location scouting for where his film, Ce qui nous lie, was shot. 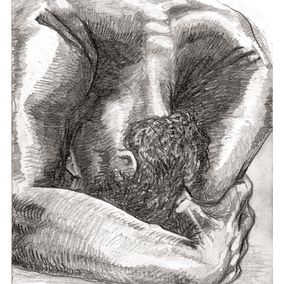 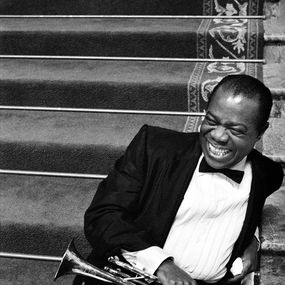 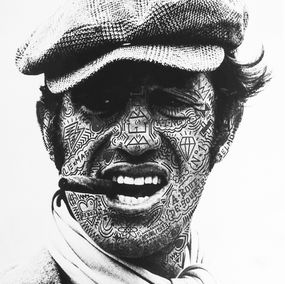