Home > A closer look > 5 Things to Know About Miss.Tic 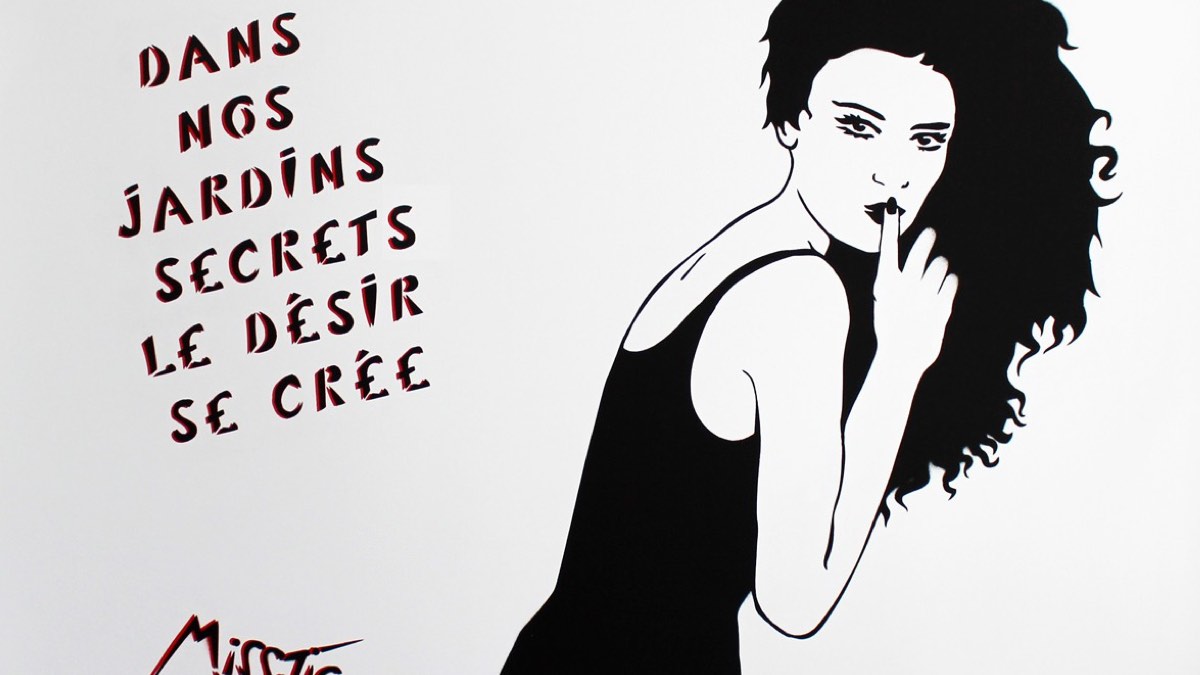 5 Things to Know About Miss.Tic

A figure of urban art appreciated for her feminist originality, Miss.Tic nevertheless remained on the fringe of the art world for a long time. Like many street artists, her technique, the stencil, is often not perceived as a mode of creation. Street art is often seen at its best as ephemeral work, at worst a degradation of buildings. She is one of the graffiti artists of the 1980s who worked hard to prove their worth as “real” artists. Among the others are Ernest Pignon-Ernest, Ben, Jacques Villeglé and Raymond Hains. This prejudice of the art world is still working to be completely reversed.

The iconic artist died in May of 2022, leaving behind a legacy of poignant feminist street artworks. Artsper reveals 5 things you may not have known about the life of this impactful and lyrical artist.

1. Miss.Tic and the comic strip

The pseudonym that the artist chose in 1985 is borrowed from the character of a taunting witch. “Miss Tick” first appeared in the French comic book Journal de Mickey. In the 1980s, many young artists got ideas for nicknames from comic books. Examples of such are Placid and Muzo, the Ripoulin brothers, Blek Le Rat and Speedy Graphito.

With the ongoing campaign (since 1988!) Miss.Tic Présidente, the artist likes to say that she has “as many campaigns as Arlette Laguiller”. That is to say the equivalent of 7 presidential campaigns!

3. The street artist and the law

Miss.Tic has had to obtain permits to paint on the walls of Paris since a conviction in 1999. A disgruntled owner complained about her works. In the city, the multiplication of tags and bombings is perceived by the authorities as an expression of insecurity. For the artist: “To say that poetry is a dangerous sport is all but incidental”. In 1997, she was arrested and trialed for “deterioration of a property by inscription, sign or drawing”. This was concluded in 2000 before the Paris Court of Appeals with a fine of €4,500.

The street artist has done several collaborations with major brands. Among them are Longchamps, Kenzo and Louis Vuitton, for whom she designs invitation cards, T-shirts and watches. The artist also creates works that have the appearance of a magazine cover like Vogue and Elle.

The artist creates, in 2007, a poster for the film of Claude Chabrol “The Girl Cut in Two”. The film and the stencil by artist, depict the a portrait of woman. This character lives between passion and fear, accompanied by a heavy satirical charge.

In conclusion, the artist has left her mark on the streets of Paris. Everywhere, the figure of this incendiary woman, accompanied by her characteristic pen, attracts the eyes of passers-by and street art lovers. Thus, she was able to write her own legend in the concrete walls and become one of the most quoted French street artists today. It’s a nice revenge for the poet who, at the beginning, was not considered as a real artist! Which of Miss.Tic’s works have you already encountered during a walk in the streets, in a gallery or during a fair? 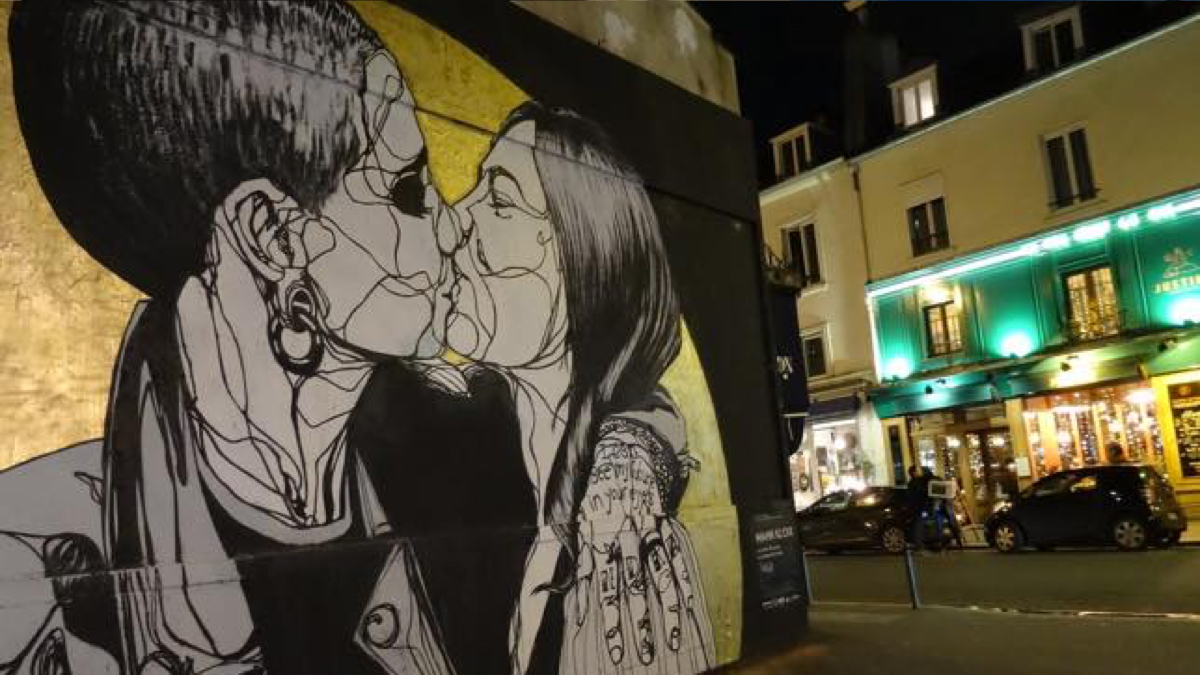