Do you already know by heart Yue Minjun’ huge smiles? No need to introduce you Ai Wei Wei and Liu Bolin anymore? OK, maybe these three artists that are famous in France have no secrets for you, but have you ever heard of Wang Yidong, Zeng Fanzhi or Mu Boyan? Well, today, the three of them seem to be the Chinese contemporary art market’s favorites. Artsper presents you an overview of the living Chinese artists that matter; here are 7 names you should keep in mind.

Probably one of the most famous artists of our selection, Zenh Fangzhi is also one of the most expensive ones. He reached a new record during an auction at Christie’s Hong Kong: last April, his painting, Society, has been sold for 3.3 million dollars. The Musée d’art Moderne de la Ville de Paris presents an uncommon retrospective of Zenh Fangzhi starting the 18th of October 2013, showing the impressive stylistic diversity of his work, from the grinning portraits of the Masks, to the swarming landscapes he has been painting lately.

Yan Pei Ming, the most French of the Chinese artists, has specialized in monumental, always bicolor works, and always using two of the colors black, white or red. He became famous thanks to his portraits of Mao. Yan Pei Ming was the first living artist whose work was shown at the Louvre, in 2009, in the exhibition Les funérailles de Mona Lisa (Mona Lisa’s Funeral). His work is featured right now at the FRAC Bourgogne in the exhibition Futur simple, Saison 1.

Inspired by pictures taken during the Cultural Revolution, Zhan Xiogang is internationally acclaimed for his portraits of Chinese families, and especially for his series Bloodline: Big Family Series. Thanks to his black and white paintings that seem to question the notion of identity in a collectivist world, he is one of the top rated Chinese artists today: his painting, 2001 No.8, was snapped up for more than 1.3 million dollars last November, in an auction at Christie’s Hong Kong.

Very popular among Chinese collectors, the hyperrealist style embraced by Yidong Wang allows this talented artist to sell his works for impressive prices. His highest bid was reached in Hong Kong, for the work Teasing The Newlyweds, sold last April for more than 2 million dollars.

The artist was a student during the Tiananmen events in 1989. Lijun Fang is associated with cynical realism, an artistic movement initiated in the 1990s. Throughout an illustrative style, and setting the whole painting around a cloned bald-headed figure, his paintings suggest a disillusioned generation, blocked by angst but ready to rebel.

Through his art, Mu Boyan tackles the growing obesity, a social phenomenon has been threatening China dramatically. His Fatty Series, representing fleshy fat characters in contorted poses, denounces a society marked by contrasts, where extreme poverty and immoderate consumption coexist every day.

One of the foremost representatives of a movement sometimes called ‘political pop’, Wang Guangyi combines in his work advertising and iconography of the Chinese communist propaganda. Through his rich mix of famous logos of the present and revolutionary images of the past, the artist addresses in a provocative, intelligent and humorous way the dilemma of a country torn between its communist past and its economic 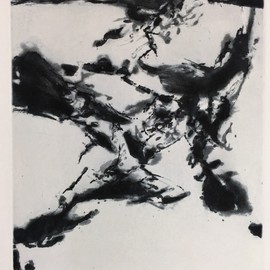 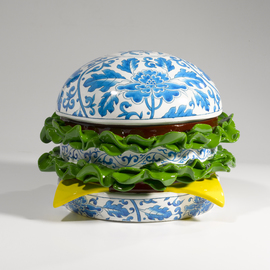 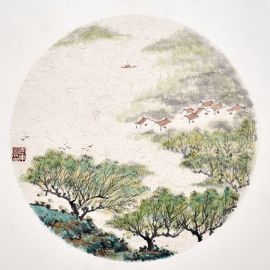 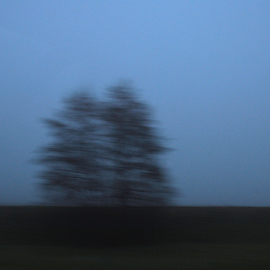