Pablo Picasso was the first artist to be exhibited at the Louvre during his lifetime. He owes this success not only to his talent but also ability in inventing new artistic styles and works. In 1907, Pablo Picasso unveiled Les Demoiselles d’Avignon (The Young Ladies of Avignon), where its brothel-inspired subject matter was as controversial as its style. Artsper reveals the true intention behind the painting that revolutionised Picasso’s work and the history of art.

“Les Demoiselles d’Avignon, oh how this name annoys me!”. Picasso originally wanted to name his work Le Bordel d’Avignon (The Brothel of Avignon), and severely disliked the name it. This referred to the road from Avignon to Barcelona which was famously lined with prostitutes. However in order to avoid censorship of his work, Picasso was forced to change the name to Les Demoiselles d’Avignon as it is now known. This work was deliberately provocative for the time, which was characteristic of the painter’s ambitions and desire to shock and inspire the art world. His rival Matisse, had just finished his painting La Joie de vivre (The Joy of Living), which kindled Picasso’s desire to create something completely new. It took 9 months of artistic reflection, various attempts and numerous sketches to create Les Demoiselles d’Avignon. Originally the painter planned to have the women taking care of two male characters; a sailor and a student. However he removed these figures in the final version, focussing instead on the nude female form and therefore transforming those who view it into voyeurs.

Picasso immerses himself in everything that he experiences, so he can integrate it into his art. He borrowed images from Jean-Auguste-Dominique Ingres’ oil painting The Turkish Bath, where the women’s naked bodies and raised arms are mirrored in his own painting. Picasso was also inspired by Gauguin’s painting Tahitian Women on the Beach, where he imitates the curvier female bodies. African masks and Iberian statues also influenced and played an important role in Les Demoiselles d’Avignon. Primitive art was a never-ending source of inspiration for Picasso. At the time of Picasso’s painting, France’s colonisation of Africa was in full force, and newspapers were brimming with stories about new regions. Just before finishing his painting, Picasso went to the Musée de l’homme (Museum of Man), an anthropology museum in Paris. When he visited the African collection he described the African masks as “magic objects” and revised the final version of his painting due to their influence.

Although the bodies in this painting are not realistic, we can see how Picasso’s style evolved over the course of the work. The women on the left of the painting were painted first, and despite their geometric bodies their faces remain easy to identify. The two women on the right were created later, and their bodies are not only crouching but have also been broken up. Even though we can see the body from behind we can also directly see the face, creating an impossible contortion. Iberian art influences can be seen in the faces of the women to the left of the painting, whereas African mask influences art seen in those to the right. The crouching woman whose face we can see both from the front and side would foreshadow the artist’s future style.

As soon as Picasso unveiled les Demoiselles d’Avignon, it was met with hostility from a small circle of critics that included Braque and Matisse. It was the radical style rather than the subject matter that shocked viewers, because as Picasso rejected classical representations of the body he also rejected classical methods of painting. There is neither shadow nor perspective in this painting; it is as thought the five figures have been plastered on the canvas. Les Demoiselles d’Avignon was revolutionary for everyone that saw it, including artists. This work was avant-garde in its subject matter and the method in which it was created; marking a crucial turning point and the beginning of Cubism.

Les Demoiselles d’Avignon is an unconventional and radical work, and can be considered the first Cubist painting. A year later, Cubism would develop into a legendary movement under the guide of Picasso and Georges Braque. Although this movement is still an incredible influence today, it took more than 30 years for Les Demoiselles d’Avignon to be accepted by the art world. This painting’s style influenced almost all the major movements of the century, yet it remained hidden from public view after being bought by private collector, Jacques Drouot. It was only when it was acquired and put on display by MoMA, that the world could appreciate and view Picasso’s first Cubist piece. 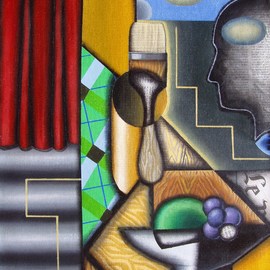 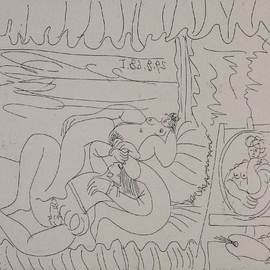 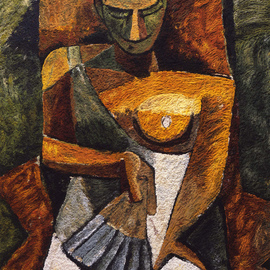 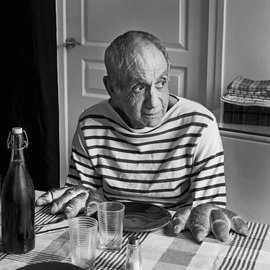