Pop Art is undoubtedly one of the most famous movements in art history. Everyone knows its story and is familiar with iconic artists such as Andy Warhol and Roy Lichtenstein. It is a rich and complex artistic movement, however, so Artsper decided to have a closer look. Here are 8 things you should know about Pop Art

#1 Pop Art was born in England

Pop Art is often seen as the result of a purely American way of thinking, and which is not quite true which is not quite true! The first to express their views on the subject were the British, in the 1950s, and more specifically the group of intellectuals called the Independent Group which included artists such as Richard Hamilton and Eduardo Paolozzi and the critics Lawrence Alloway and John McHale. They sought to explore popular culture and remove it from its elitist cocoon by using elements found in American pop culture: westerns, fiction, etc. The movement reached the United States in the late 1950s.

Pop Art was nothing more than the art world’s response to the rise of entertainment. Television, games, spending money… there were so many ways to pass the time in this new society. Art faced fierce competition and it reacted by imitating the conventions of popular culture.

#3 New York was the hub of Pop Art

The city of New York quickly became the hub of Pop Art. And it’s easy to understand why; seeing as Pop Art drew inspiration from giant advertisements, the media, and entertainment, New York was the perfect source of inspiration for artists.

The term was coined by John McHale and used for the first time by Lawrence Alloway in 1955 to refer to popular art.

Although Pop Art was based on the same principles in the United States and Great Britain, there were a few differences. British Pop Art followed the developments in American society but viewed them with more distance, humour, and emotion. American Pop Art directly soaked up the culture of entertainment, the media, and consumerism; it was therefore the immediate result of that experience. American art was more aggressive, and its aesthetic and stylistic traits were more defined.

Pop Art often used images from advertising and the media as well as symbols: images that we come across very often and that educate us, symbols that regulate our lives. We are all familiar with the works of Andy Warhol and his “Campbell’s” soups replicated in various colours. Advertising was a great source of inspiration for Pop Art, but later on adverts themselves drew inspiration from Pop Art.

Pop Art also meant the return of silkscreen printing. A printing technique that places a stencil between the ink and the medium, silkscreen printing found its place again in the art world; this was a logical flow of events. Artists experimented in a world in which nothing was one of a kind anymore: objects were mass produced, as were images. Uniqueness was abandoned and replaced by mass production. In addition to using elements of popular culture, Pop Art artists replicated these images many times, in different colours and different sizes… something never before seen in the history of art. As a matter of fact, these artists were often criticised, and for good reason; such artworks were no longer truly the work of the artist, they lost their “artisan” character.

#8 Pop Art is an attitude

Pop Art is an artistic movement, of course, but it is much more than that. It is an entire generation that made cynical observations about society, with style and humour. However, “fine” art was only the sounding board for these observations because, at the time, many fields drew inspiration from Pop Art. The rock group “Velvet Underground”, for example, asked Andy Warhol to design their album covers.

It is this casual and critical attitude that makes Pop Art “irreproachable”, because ultimately it only comments on changes in society while also taking responsibility for them. That are the 8 things you should know about Pop Art 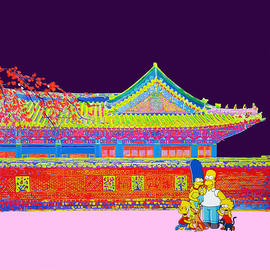 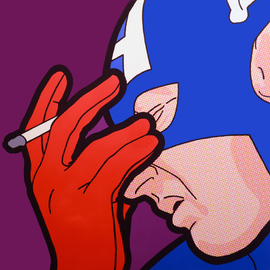 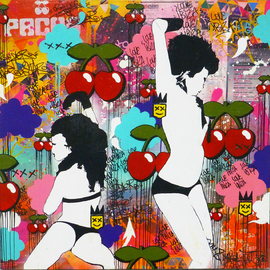 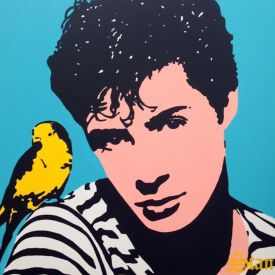