Whether exotic or traditional, wood has always fascinated artists. This material has been used for centuries to create raw, mysterious and natural artworks. Discover these 10 wood sculptors you need to know.

1. Giuseppe Penone: The genius of the forest

Giuseppe Penone was born in Piemont, Italy, into a family of farmers. He spent his childhood surrounded by nature and forests. It was through his contact with the natural world that he developed his sensitivity and artistic universe. Indeed, trees were to play a key role in the work of one of our wood sculptors to know.

While at Turin’s Accademia Albertina, Penone discovered Donald Judd and Robert Morris, pioneers of minimalism in sculpture, who would significantly influence his later work. What’s more, Penone also became a leader of the Arte Povera movement. This artistic group emerged in Italy in the 1960s and stood against consumerism, refusing to see a work of art as a simple product. As a result, Penone only uses raw and simple materials such as rock, clay and wood. He is particularly fond of the latter. Visible bark, the smell of sap: the artist transforms humble trees into altars, creating works that awaken the senses. Simplification and purity are at the heart of his work.

2. Louise Nevelson: The queen of woodcarving

Louise Nevelson was born Leah Berliawsky in Ukraine in 1899, to a Jewish family. During the 1920s, she moved to New York and began studying art. She soon turned to wood carving. Throughout her career, her favored technique was assembling painted pieces of wood, which became her trademark. There are several recurring themes in Nevelson’s work. She often depicted femininity and relationships, as in Dawn’s Wedding Feast. Meanwhile, Sky Cathedral and Untitled are linked to major events in her life, like being uprooted and living in exile. The artist fed her creativity by drawing inspiration from her trauma.

Nevelson once stated that “the very nature of creation is not a performing glory on the outside, it’s a painful, difficult search within.”

Having started with small monochromatic works, Nevelson ventured into a larger scale – and by the end of her life, she had moved onto monumental sculptures. She proved that women’s work could be part of the public arena and that large-scale artworks were and are not the sole domain of male artists.

Her message and determination to infiltrate this male-dominated and misogynistic world make Louise Nevelson an unmissable artist of the 20th century.

3. Ossip Zadkine: The cubist wood sculptor you must know

Considered one of the greatest cubist sculptors, Ossip Zadkine was an outstanding artist. Born in Russia in 1890, he spent his youth surrounded by nature, like Penone. In 1910 he arrived in Paris and began to socialize with famous sculptors including Brancusi, Picasso and Modigliani. Mostly working in wood and stone, his work was shaped by primitivist influences and his relationships with avant-garde artists. His polished wood carvings pushed his expressivity to the extreme. They borrow themes from Antiquity, whilst also presenting an intersection between man and nature. This is why wood was Zadkine’s favourite medium. He preferred to carve directly in order to have a true connection with his work. However, this didn’t prevent him from creating gigantic works such as Prometheus in the 1930s.

A painter, artist, dancer and sculptor, Sophie Taeuber had many a string to her bow. Originally from Switzerland, she received intense artistic training under Wilhelm von Debschitz at his school in Munich.

From sculpture to architecture and weaving, Taeuber was a master of many mediums. In 1915, she co-created Dada with Jean Arp.  She flourished within this movement, producing many wooden sculptures, such as Dada Head. The influence of her training in decorative art can be seen in her work. Indeed, she often painted abstract and stylized motifs on her artworks.

African art was another major source of inspiration for the Dada movement. These artists sought a return to an art completely uninfluenced by Western society. This is why the shapes of the faces and busts carved by Taeuber are reminiscent of African masks. After sculpting, she would also add geometric patterns.

5. Eva Jospin: The one who reinvents the forest

Born in the 70s, Eva Jospin is a French sculptor. She started her career working with cardboard. Then, by making a forest out of cardboard, she fell in love with wood and its many possibilities as a medium. So she began carving woods, in wood! Simultaneously a place of freedom, anarchy and fear, the forest is a recurring theme for the artist. Jospin likes to play with people’s perceptions. Her high and low reliefs transport the spectator deep into the heart of a forest. She draws and traces each branch with meticulous attention to detail to make her work more lifelike and immersive.

6.  Paul Gauguin: The founder of Primitivism

Did you know that the founder the Pont Aven School was also a wood sculptor? While renowned for his painting, Paul Gauguin also made sculptures. Before he left the Marquesas Islands, Ernest Chaplet taught him how to carve. Gauguin’s passion for primitivism is clearly visible in his wooden artworks. This movement rejects Western academic training and advocates self-expression. Primitivist artists took great interest in tribal and aborignal art , and we can see that influence in Gauguin’s work. He created the majority of his work in Tahiti. For instance, in Oviri, his figurative carvings are heavily inspired by Tahitian mythology.

7. Barbara Hepworth: The master of shape

One reason why Barbara Hepworth is part of our key wood sculptors to know? Her oeuvre is characterized by a contrast between the solid and the void, with a use of space and curves that is fascinating to behold. Born in England in 1903, she chose to dedicate herself to a career in sculpture. From Henry Moore during her youth, to Piet Mondrian and Arp later on, Hepworth met the greatest artists of her time and shared in their artistic effervescence.

The relationship between humans and landscape also played a key role in Hepworth’s creative development. In 1949, she settled down in St Ives, Cornwall, where she stayed until her death. The harmony of the sea, earth and rocks in this remote part of England had a significant impact on her.

Her work soon became abstract, creating smooth and elegant carvings.  The links between the solid material and negative space make her work all the more delicate.

The German artist Baselitz shocks and amazes. Born in 1938, Baselitz is famous for his scandalous artworks. Even during his first exhibition, he created an uproar and was accused of disturbing public order. He has kept up this provocative style ever since. In addition to creating the Neo-Expressionism movement, he is also a talented sculptor. His carvings are like him: controversial and raw. For instance, he made one wood sculpture with a chainsaw! Always ready to cause a stir, his sculpture Modell für eine Skulptur, which he exhibited at the Venice Biennale, resembled a man doing a Nazi salute.

9. Juana Muller: The one forgotten by sculpture history

Unfortunately little known by the general public, Chilean sculptor Juana Muller met some of the most famous artists of her time. After she received a grant for her artistic studies in 1937, she went to France to learn sculpture. She was taught by Zadkine at la Grande Chaumière. Nevertheless, it was meeting Brancusi that had the greatest impact on her work. They were close friends and partners, for example in their collaboration Flying Tortoise.

Muller’s favourite subject was the female form. From faces to figures, her carving is reminiscent of stylized masks, with impressive size and starkness. Her work was marked by its great authenticity to the human form. However, she gradually moved away from figuration. Her artworks came close to abstraction and her references to humanity less visible.

Belgian artist Georges Vantongerloo belonged to the artistic and architectural movement De Stijl. Passionate about maths and physics, Vantongerloo integrated this knowledge into his carving. Calculating everything, from volume to colour, he left nothing to chance. He even named his artworks with mathematical formulas. His sculptures were geometrical and abstract. Unlike artists like Mondrian, Vantongerloo didn’t hesitate to incorporate both straight lines and curves into his sculptures. In addition to his artistic work, the Belgian wrote many studies on the subject. Vantongerloo was indeed a pioneer in sculpture, certainly one of the great wood sculptors to know. Unfortunately, although he is exhibited in many major museums, he was less well-known than some of his contemporaries. 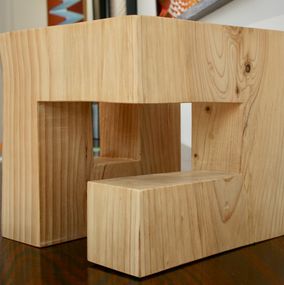 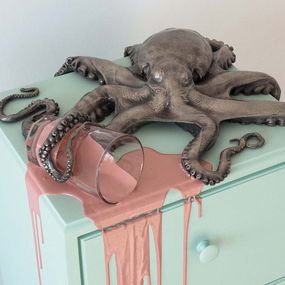 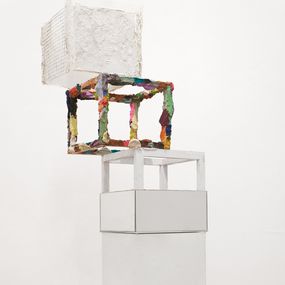 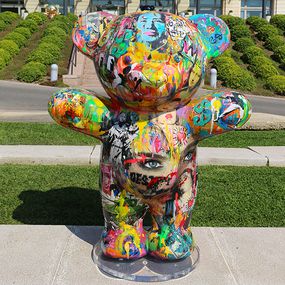