Salvador Dalí is certainly one of the most symbolic artists of the Surrealist movement which includes the likes of Magritte, Miro and Ernst. Painter, sculptor, engraver, scriptwriter and writer, the Spanish prodigy explored a variety of themes including, dreams, sexuality, edibility, Gala (his wife), and religion. Despite his renowned artistic status in the 20th century, Dalí’s alternative and complex character went frequently unappreciated by his contemporaries. Artsper, however, has decided to celebrate the Surrealist master’s quirks, and brings you 10 things you simply must know about the artist (and his moustache).

1. He was kicked out of art school, twice.

Dalí’s rebellious character caused him to be expelled from the Royal Academy of Fine Arts Saint-Ferdinand, twice. The expulsions came after Dalí’s participation in student demonstrations, and as a result, the rebellious painter never graduated. However, according to his biography, Dalí’s expulsions were a result of not wanting to participate in oral examinations. The artist claimed he was “smarter that the three teachers” therefore, he “refused to be questioned by them” as he “knew the subject much better.”

2. Like his art, his marriage was strange and intense

When Dalí met his wife, Elena Ivanovna Diakonova, known as Gala, she was still married to Surrealist poet, Paul Éluard. The pair met at the poet’s château in Cadaques, fell madly in love, and embarked on a tumultuous and secret love affair. However, In a strange twist of fate, Éluard actually approved of their relationship and quickly divorced Gala. After their marriage in 1934, their relationship remained intellectual, cultured and extremely intense; to the extent that Dalí offered Gala her very own château in Catalonia. Dalí described his love for Gala as: “I will polish Gala to make her shine, to make her as happy as possible, and care for her more than I care for myself. For a life without Gala, is no life at all.”

3. He built his own museum

In 1960, the mayor of Dalí’s hometown, Figueres, made a substantial donation to the city and its culture. Figueres had suffered greatly after the Spanish Civil War, and Dalí also felt inspired to reestablish the city’s cultural heritage. Dalí’s donation rebuilt The Municipal Theatre of Figueres, which was subsequently renamed, The Dalí Theatre-Museum. Not only was the museum extensively designed by the artist, but also became his home, and still today remains his final resting place.

4. He worked with some cinema’s greatest directors

Both Walt Disney and Alfred Hitchcock approached Salvador Dalí, in order to invite him to make his contribution to the world of cinema. Hitchcock used Dalí’s unique and eccentric vision for the sequel to his film, Spellbound, whilst Walt Disney commissioned 22 of Dalí’s oil paintings for his film, Destino. However, financial difficulties meant Destino was suspended and eventually forgotten. In 2003, Walt Disney’s nephew relaunched the project, resulting in a 6-minute video showcasing Dalí’s remaining sketches.

5. The other Surrealists wanted nothing to do with him

Although Dalí was certainly a central figure to Surrealism, his fellow Surrealists sought to drive him out of the movement. Considering the Surrealists were predominately made up of communists, they heavily disagreed with Dalí’s infatuation with Hitler and his fascist regime. The father of Surrealism, André Breton, went as far as to expel Dalí from the group due to his “glorification of Hitlerian fascism.”

6. His trademark moustache remained intact 27 years after his death

Dalí’s moustache was undoubtedly a huge part of his image, and he even published a book called, Dali’s Mustache, which included 28 images of his top-lip-companion. In 2017, forensic researchers exhumed the Surrealist’s body, discovering the artist’s moustache had retained its “10 past 10 appearance” since his death in 1989.

7. He freaked himself out

Dalí developed the “paranoiac-critical method,” a Surrealist technique involving the creation of artworks that included optical illusions. Without using drugs or alcohol, Dalí would access his subconscious by staring at objects and reimagining them to be something else; allowing him to enter a state of delirium. He would also attempt to keep himself in a state of hypnagogia; the transitional state between wakefulness and sleep. Dalí would do this via the “spoon and bowl method,” where he would place a spoon in his hand and a bowl between his thighs. When the artist fell asleep, the spoon would fall into the bowl and wake him up, allowing him to remain in a transient psychological state.

8. His works were used for advertising

Not only can Dalí’s art be found in museums, but also in advertisements. His commercial portfolio includes 4 Vogue covers, and campaigns for: De Beers Diamonds, S.C. Johnson & Company, Gap and Datsun. Dalí was also responsible for the Chupa Chup lollipop logo, which can still be seen today.

9. He paid for food with art

Although it might sound extremely frugal, Dalí’s unique payment method was in fact extremely generous. At the end of each meal, he would offer to pay via a cheque with an original sketch on the back. The artist knew the cheque would never be cashed, as his drawings were worth so much more!

10. He even tried his hand at the world of fashion and luxury

Dalí first began his journey into the world of fashion through a collaboration with Italian fashion designer, Elsa Schiaparelli, creating clothes inspired by his works. He then launched his own line of women’s swimwear for the brand, Jack A. Winter, before collaborating with fashion magnate, Christian Dior. Dalí’s work with Dior gave rise to some very peculiar fashion accessories, including a hat-shaped shoe, and a mouth-shaped belt. Dalí’s unique vision is particularly apparent in his ‘Dalí Joie’, The Royal Heart. The pure gold Royal Heart was encrusted with 46 rubies, 42 diamonds, and 2 emeralds, and it even beats like a real human heart.

Dali was a true enigma of his time which was reflected into his artwork. His quirky character not only touched his work but his life too as you can see from these 10 anecdotes! Today, his eccentricity continues to inspire artists who look to him as one of the greatest Surrealists to have ever lived. 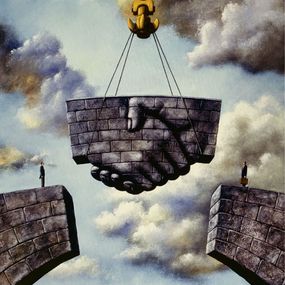 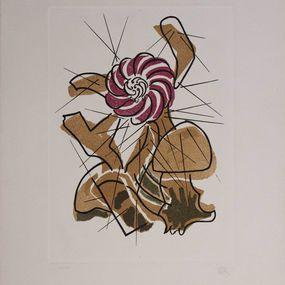 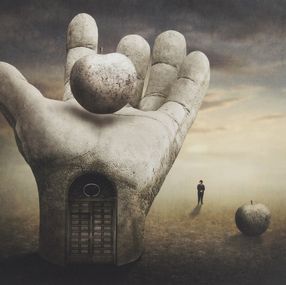 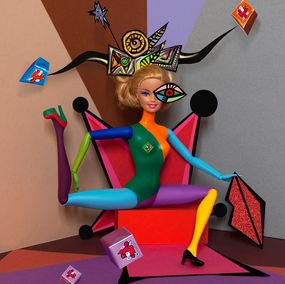