Today, Artsper invites you to learn more about Fernand Léger and his works. Come and discover the man behind these modern and engaging paintings. You might be surprised!

Originally from Argentan (Orne), Fernand Léger left for Paris at the age of 19. Gifted in drawing, he first attended the École des Arts décoratifs and the Académie Julian before moving to the artist’s residence La Ruche (the beehive) in Montparnasse in 1907. There he met many painters such as Braque and Picasso, who would influence his work in different ways. In particular, he became friends with Robert Delaunay, Marc Chagall and Blaise Cendrars.

2. He continued to draw in the trenches of WWI

In 1914 he was mobilised to the front. First an engineer then a stretcher-bearer, he continued his work even in the extreme conditions of war. As the Russian writer Ilya Ehrenbourg (a friend of Léger’s) revealed; “he drew during rest hours, in dugouts and sometimes even in the trenches. Certain sketches have traces of rain, others are torn, and nearly all of them were made on thick wrapping paper.”

Despite its horror, the war inspired some superb paintings in Léger. He said in retrospect that he was touched by “the crudeness, variety, humour and downright perfection of certain men around me, their precise sense of utilitarian reality and its application in the midst of the life-and-death drama we were in….”

3. He also made films

Fernand Léger tried his hand at new media, especially that of cinema. Charlie Chaplin’s character Charlot (The Tramp) initiated his interest in the big screen. Inspired by the mechanical clumsiness of the modern clown, he wrote a script in 1920 for a cartoon called Charlot Cubiste. He intended to combine the best qualities of cinema with those of painting.

The storyline follows of the adventures of a little wooden puppet, resembling Chaplin’s Charlot, who scatters himself into little pieces and rebuilds himself over the course of a hectic day. He wakes up and gets out of bed, gathering his pieces and, after having discovered Cubist paintings, he goes to the Louvre. There, the Mona Lisa falls in love with him, to the point of running away to join him with her frame under her arm. But, rejected by this champion of modernity, she is literally consumed by her love for him and is buried with great pomp and circumstance. The project remained unfinished, with only two sequences having been filmed. In 1924, Léger published his first and only film, Ballet Mécanique.

4. He was a prominent figure of the Communist movement in Paris

In 1945 Léger left the US, where he had sought refuge, fleeing the war. He returned to France and joined the French Communist Party, of which he remained a member until his death. Together with Picasso he became one of the Party‘s leading artists. This can be seen in his painting. During the 1950s, his series of works Les Constructeurs, Les Campeurs et La Grande Parade (The Builders, The Campers, and The Big Parade), shows a clear interest for the ordinary man; a worker at the top of a building, crane or utility pole. Léger temporarily installed many of his canvases in the Renault factory kitchen near Paris so that his work would be visible and accessible to all.

5. His art is described as tubist

Yes, you read that correctly: “tubist”. That was how art critic Louis Vauxcelles described Nus dans la forêt (Nudes in the Forest) in 1911. Tubism is a style in which the human body and architectural elements are depicted in three dimensional forms in order to resemble bulky tubes and cylinders.

While many cubists at the time experimented with new techniques such as papier collé, Fernand Léger remained faithful to painting. He appropriated the aesthetic codes of cubism (geometricisation, modernity and a limited palette) and created a style that he claimed as his own, evoking the world of machinery.

6. He worked on La Grande Parade (The Great Parade) for 2 years

This painting, as enormous as it is famous, took Léger 2 years of his life. La Grande Parade is an oil on canvas 3 metres high and 4 metres wide.

To justify the work’s dimensions, the painter declared; “I am satisfied if my painting commands the room in an apartment; if it imposes itself upon everything, both the people and the walls. It should be the most important character. I hate discrete painting.”

But what did he want to depict? Workers, cyclists or acrobats; Fernand Léger’s characters express their faith in the world in which they live. They love modern cities and their bright colours; the new machines of which they are proud to have mastered, as well as leisure activities and the countryside where they can escape on Sundays. They convey their optimism and hope for the future, thanks to a simple language accessible to all: clear, well-defined shapes and pure colours that don’t always stay within the lines.

7. “He was never a studious pupil”

That’s what his mother used to say! Fernand Léger’s father died when he was only four; his mother, who was incredibly pious and leading a quiet life, was forced to raise him alone. Her son was her opposite. At school, Léger didn’t work as he found it boring, and was regularly sent home; he would draw caricatures of his teachers that would amuse his classmates. Finally, he became an apprentice to an Argentan architect.

8. Léger wanted to make art accessible to all

In the interests of equality and guided by its social principles, Léger wished to make art accessible to all. However, the painter wrote that to appreciate art, “you need a certain culture, education and time, and as long as people work until 7 in the evening, there is nothing to be done”. Léger called for free time and leisure activities for all. After the introduction of paid holidays in 1936, he suggested opening museums in the evenings so that people could visit after work. He expressed his political and social ideas through his canvases, and painted Les Loisirs (Leisures) in 1948. With this work he championed the kind of art that is accessible to as many people as possible, as well as popular leisure activities (bicycling, going to the circus or the beach and walking in the countryside) and paid leave.

9. He never drove or used a telephone

Yes, despite his fascination for modernity and machines, Fernand Léger never drove a car like other successful artists (such as Picabia). Even though the use of the telephone spread like wildfire across the world, he only ever communicated by pneumatic mail.

Fernand Léger remains a complex enigma. Best known for the modernity of his works and ideas, he celebrated machinery, urban life and progress. However, while his contemporaries were using more innovative techniques like papier mâché, collage, found object or photography, Léger clung to oil painting.

10. In competition with Cézanne

After Paul Cézanne‘s retrospective in 1907, Léger’s life changed. He abandoned the impressionist style and started to work in a style closer to cubism. In 1909 he painted his first cubist canvas, becoming close to the Duchamp brothers and the group the Section d’Or (Golden Section) or Puteaux Group. Divided between worry and admiration Léger challenged Cézanne in numerous paintings such as La partie de cartes (The Card Players, 1917) or Compotier sur la table (Compote on the table, 1909). 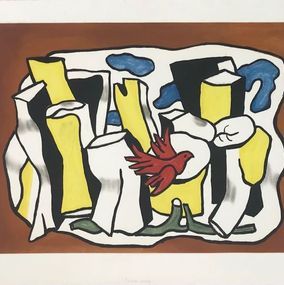 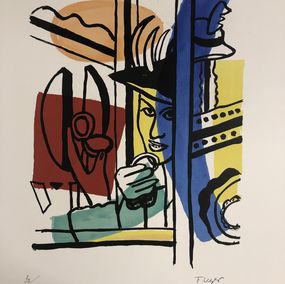 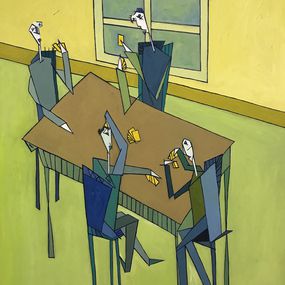 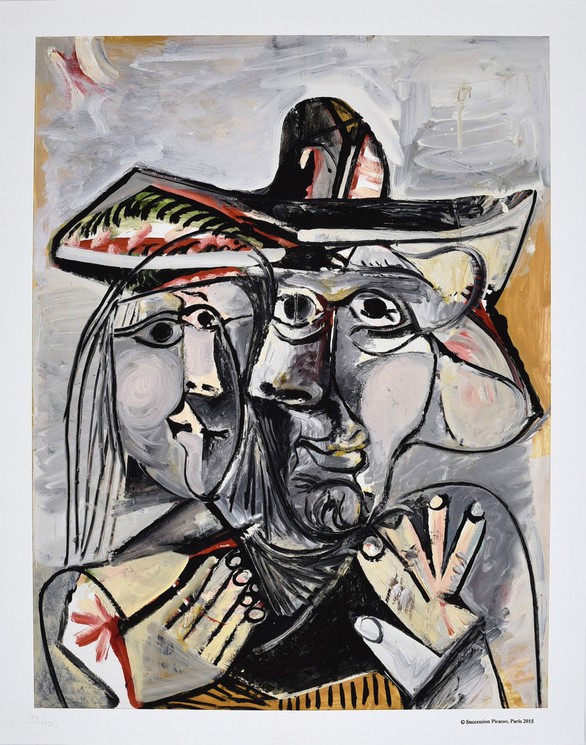