Jackson Pollock made enormous contributions to the art world and set a precedent which influenced artists for generations. He was the father of abstract expressionism, the creator of the “dripping” technique and the king of “all-over”. Initially he faced  massive scrutiny from critics, but was later revered and admired by them. Jackson Pollock’s artworks captivated and inspired the art world.

In order to better understand this iconic artist, Artsper reveals 10 key facts that are helpful to understanding his work and his elusive character. 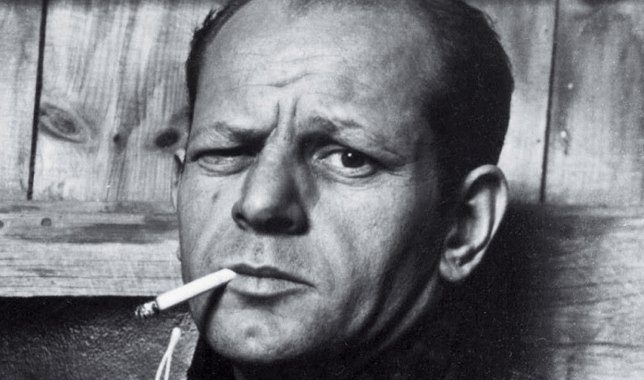 The artist’s real name is Paul Jackson Pollock. It was in 1930 that the artist started using his middle name, Jackson. But this isn’t the only name he’s known by – the magazine The Times gave him the nickname “Jack the Ripper”, named so after his use of his “dripping” technique.

2. He made sculptures as well as paintings 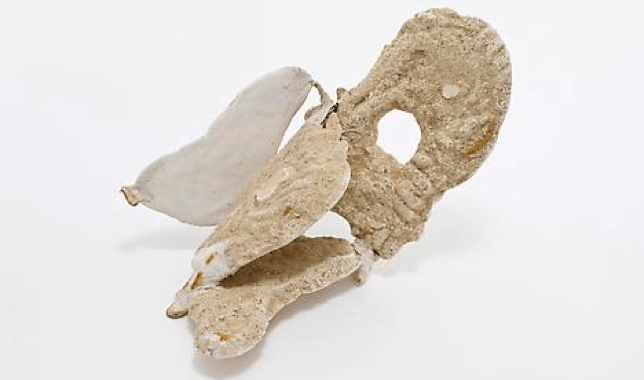 He was a painter, but had a great love for sculpting before he found any success with his paintings. Pollock produced a dozen sculptures during his lifetime, only 6 of which remain today.

3. Thanks to collector Peggy Guggenheim, Pollock found a place in the art world 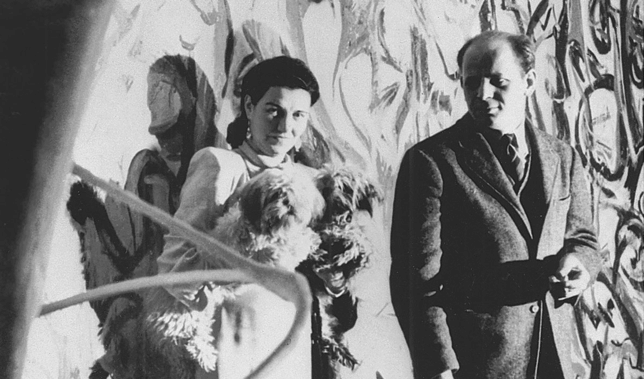 In 1943, Guggenheim offered him a contract which propelled him into the New York art scene. She commissioned a painting for her Manhattan home, where is hung for several years until she donated in to the University of Iowa. It is now estimated to be worth $140 million. 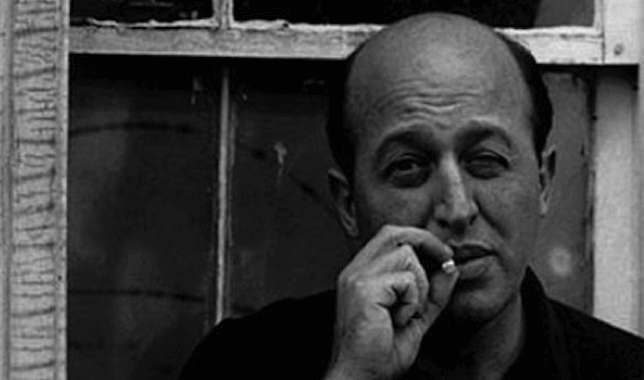 5. He drew inspiration from the shamanic culture by spreading a mystical breath 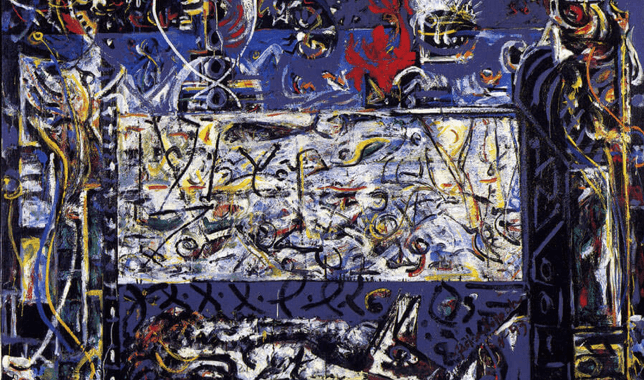 Pollock was fascinated by the patterns of indigenous North American art. Pollock also believed in spiritual transformation through the process of creating art. Until the 1940s, his works repeatedly depicted Native American and Inuit motifs, reminiscent of Aboriginal Art.

Pollock was a big fan of Albert Pinkham Ryder, a 19th century American artist. His paintings often included themes of religion, nature and literature and all of which have an element of the imaginative and the romantic. 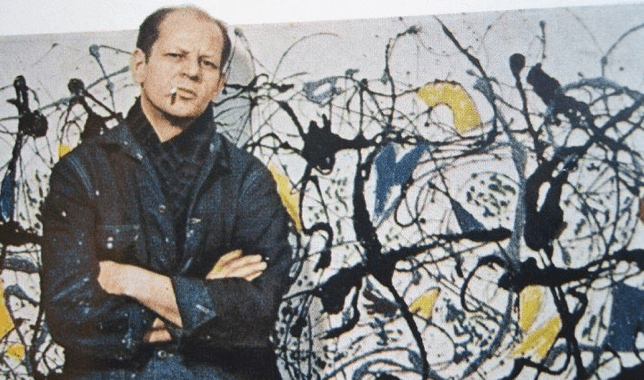 On August 8, 1949, Life magazine published an article which asked the question, “Is he (Pollock) the greatest living painter in the United States?” which projected him to fame. This attention was very much undesired and his mental health suffered from it. Thus he withdrew socially and artistically, abandoning his famous Drip Style to experiment with Black Pourings. These were not well received, with not a single one being sold at the time

8. Pollock hated the idea of meaning being assigned to his art 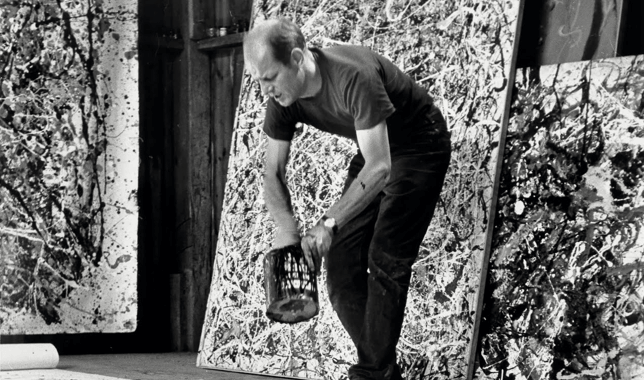 His fame led to a wave of over-analyzation from critics. He stopped naming his paintings and instead numbered them. This was as he didn’t want people to search for a subject matter, but rather appreciate the paintings as they were.

9. Pollock’s wife had a massive influence on his work 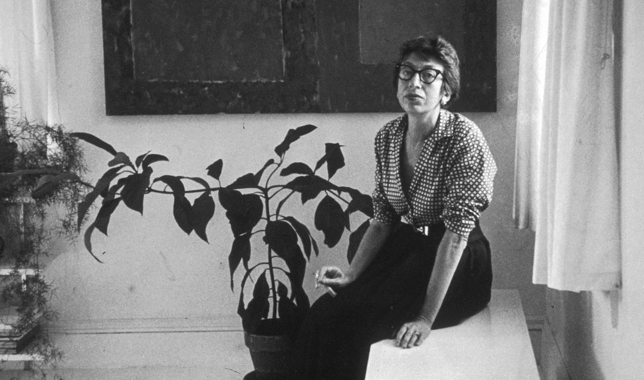 Lee Krasner was a highly-talented and well-connected artist. Her own style concentrated on abstracted natural forms and placing the canvas flat on the floor, and is considered to have massively influenced Pollock’s own work. On a personal level, she was also considered to be a very calming and stabilizing figure in his life.

10. The “Infinite”, a key element of his artistic process 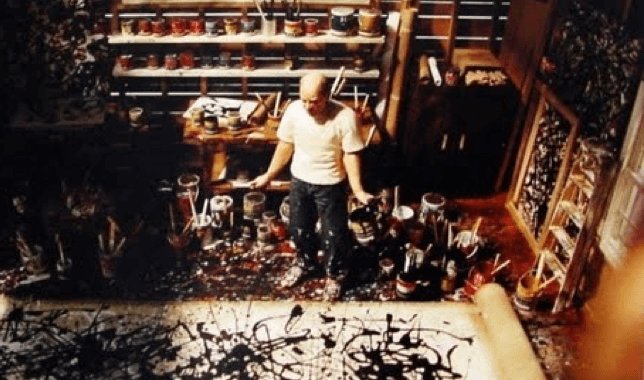 A creative process that is without beginning nor end, but is rather a continuation, is at the foundation of  Pollock’s work. This is seen through his use of “all-over”, which removes a focal point from within the artwork and adds a feeling of endlessness to his artwork.

And there you have it, 10 facts to shine a light on the great art and elusive personality of Jackson Pollock. The avant-garde nature of his work led him face much criticism and controversy, like many other American artists of his generation. But Pollock took all this in his stride. “A critic once wrote that my work had no beginning and no end. It wasn’t a compliment, but I took it as such,” he once said. Even after his tragic death in 1956, he leaves behind a legacy of fantastic artwork which continues to inspire. 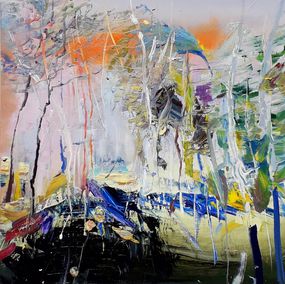 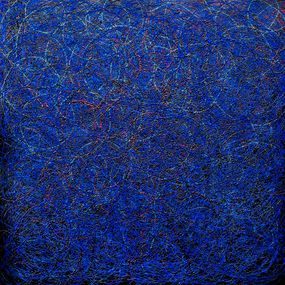 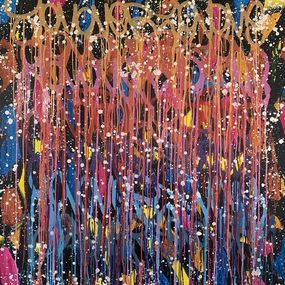 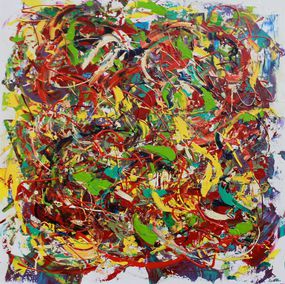