Francis Bacon is one of the greatest artists of the 20th century and certainly one of the most traded on the market. Witness to the deadliest century in the history of humanity, branded by human atrocity, his work is the synthesis of a grand “plastic” technique, a perfect mastery of the artistic tradition, and a deep need to externalize strong feelings, complex and contemporary arts.

Artsper tells you 10 things you should know about Francis Bacon. His artworks are for sale here 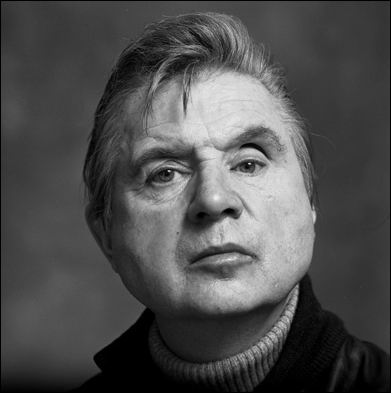 He is different from the English philosopher and scientist who bore the same name, who was born in 1561 and died in 1626, and is one of the pioneers of modern scientific thought. 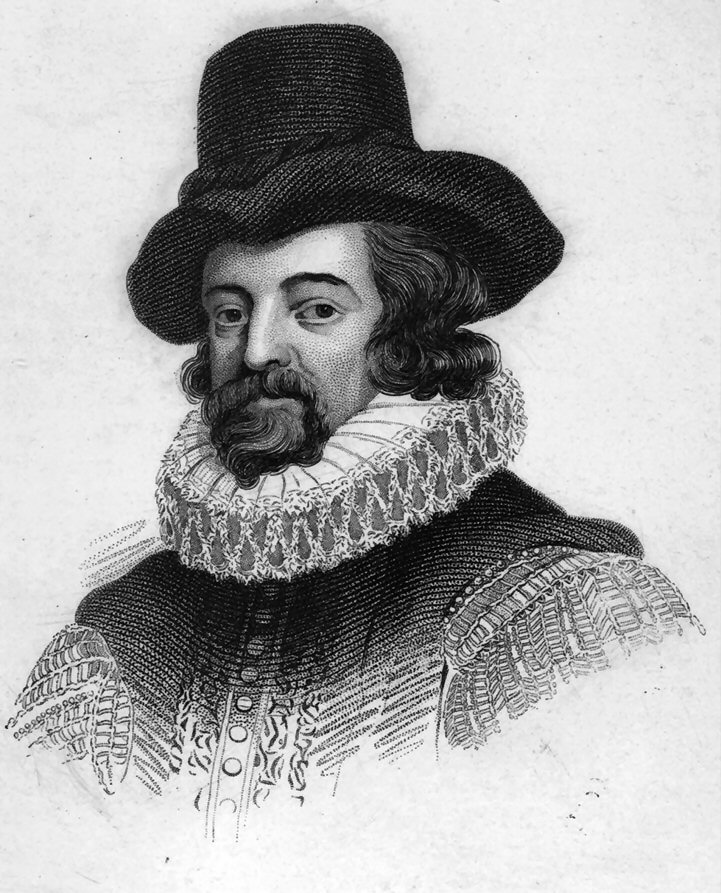 {Francis Bacon, the artist, held the record for the most expensive painting in the world for 1 year and a half}

Sold in November 2013, the triptych “Three Studies of Lucian Freud” brought in $142.4 million, becoming the most expensive work sold at an auction in history. It was dethroned on Monday, May 11, 2015 by the “Women of Algiers”, a Picasso, which sold for $178.36 million 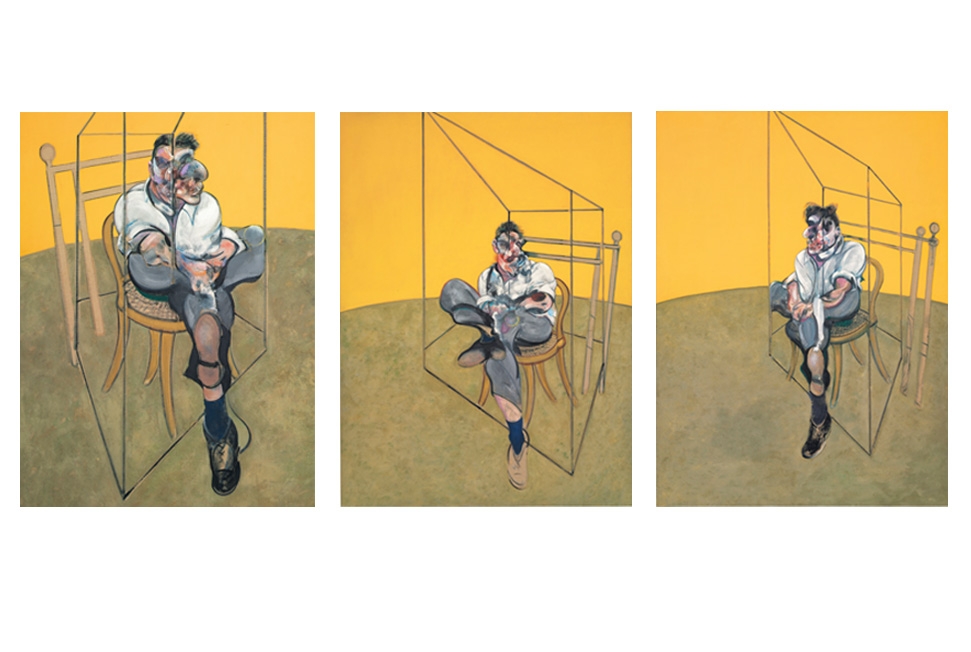 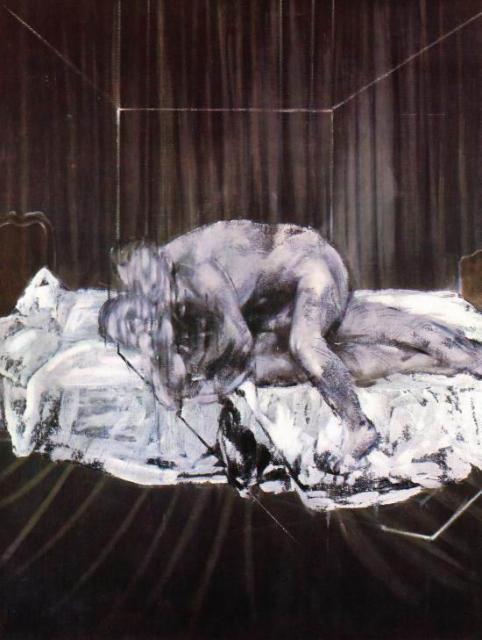 {Francis Bacon was inspired by the classical tradition}

If Francis Bacon was an artist without any training, he was nonetheless greatly inspired by the great masters of painting. One could notice among his influences the styles of Picasso, Diego Velazquez, Nicolas Poussin or Rembrandt.(See the article Great Masters revisited by contemporary artists) 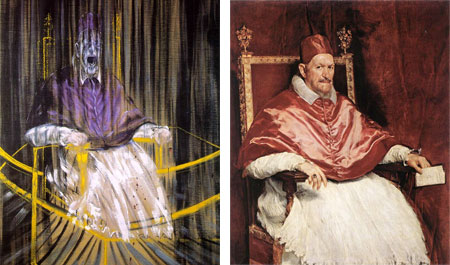 Francis Bacon was the “divine demon of British art, a demon of black ecstasy”… He advocated that violence is in the painting itself and not in the scene it shows. In other words, he characterized his work as the need to “paint the cry rather than horror”.

{With tortured pictures of the past, Francis Bacon’s shock in the aftermath of World War II}

“Three Studies for Figures at the Base of a Crucifixion” caused a scandal during its exhibition in 1945. While we prefer to forget the images of horror of the Second World War, Bacon painted extreme scenarios such as the collection of bodies that are twisted, squashed, muscular, dismembered, torn …

{The “first” Francis Bacon painting was purchased by the Tate}

Indeed, it was this same tableau that was mentioned previously, “Three Studies for Figures at the Base of a Crucifixion”, which was bought in 1953 by the Tate. Francis Bacon argued that this was his first painting as he had destroyed most of those he had made ​​before. 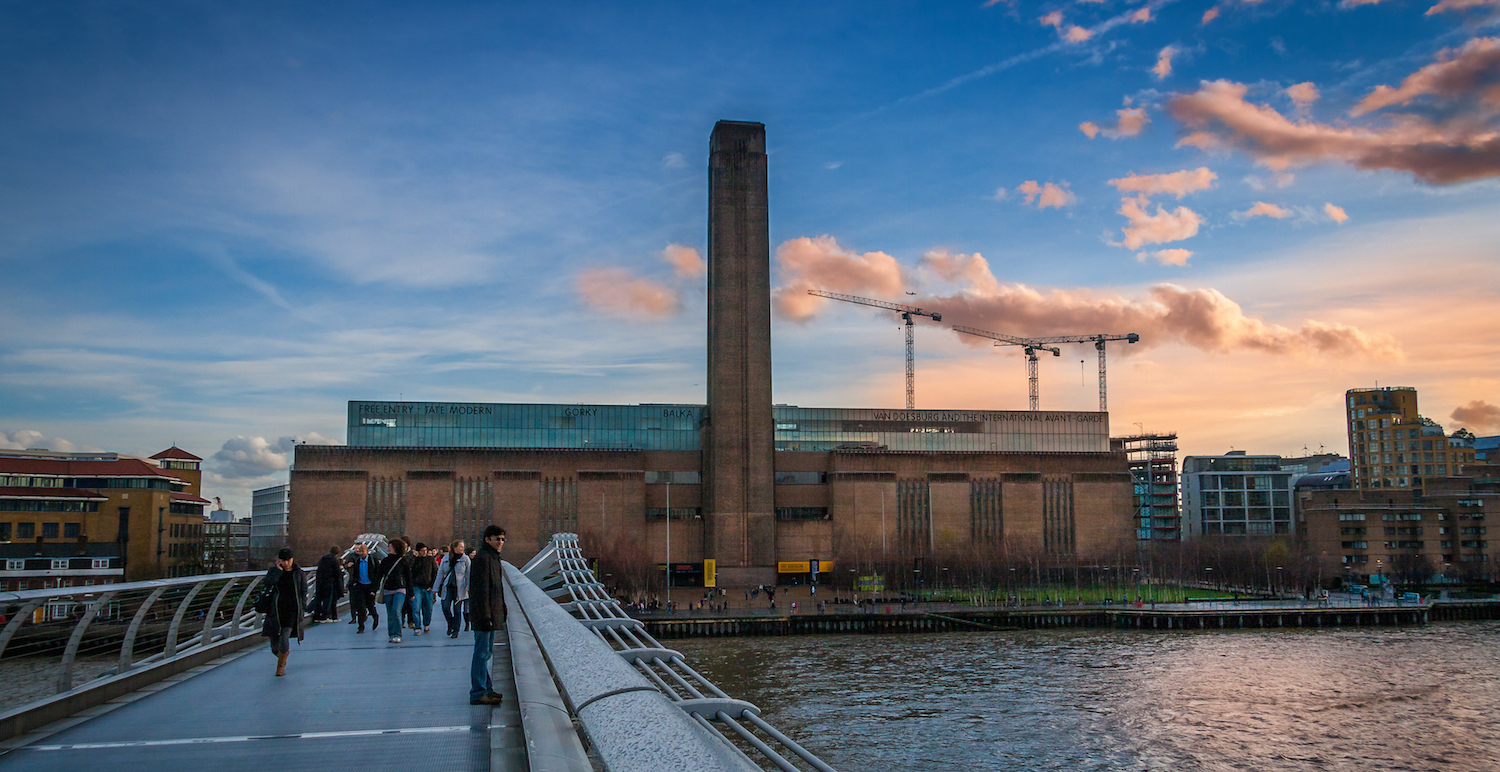 In 1954, with Ben Nicholson and Lucian Freud, Bacon represented Britain at the XXVII Venice Biennale. 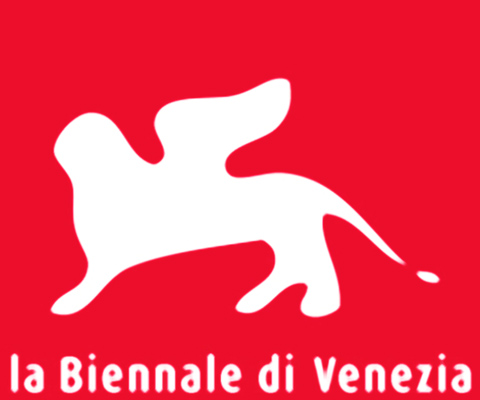 {His studio was never cleaned}

In 1961, the gallery moved Francis Bacon to a two-storey house – 7 Reece Mews – in South Kensington, in London. His studio was located upstairs in a small room that he never cleaned and was cluttered with empty paint tubes, books, magazines, newspapers, used photographs – in effect, stained by that which inspired it. 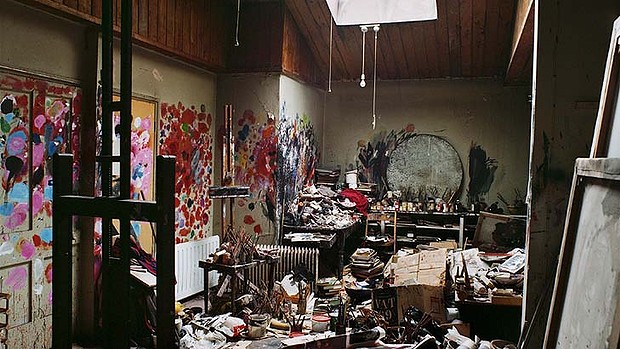 During the first retrospective of Francis Bacon at the Grand Palais in 1972, Francis Bacon’s lover, George Dyer committed suicide. Francis Bacon dedicated to him a series of triptychs.

Francis Bacon’s story was directed by John Marbury in the film “Love Is the Devil: Study for a Portrait of Francis Bacon” in 1998; Daniel Craig who played George Dyer in this film 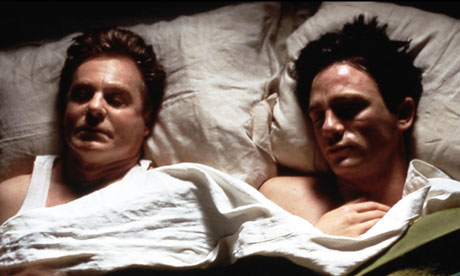