Who is Takashi Murakami ? Famous for his color saturated and sexually deranged anime artworks, the artist is often outshined by his psychedelic asphyxiating vision. Artsper shares ten facts that will help you understand and read his art.

1. A combination of modernism and tradition

Even though Japanese artist Takashi Murakami is known for his visually contemporary and vibrant work, he offers us a more subtle reflection and a clever play of contrasts between tradition and modernity. On a technical level, he uses artistic media and materials of cutting edge technology and at the same time revives ancient Japanese artistic techniques like gold leaf painting. Also, on a more figurative level, he creates a colour saturated world almost hallucinogenic where Buddhist iconography and anime heroes share the canvas together. There are also hints of traditional references like Ogata Korîn and modern ones like Stanley Kubrick.

Takashi Murakami is the creator of artistic movement “Superflat”. The term was used for the first time in 2001 during an exhibition he organized in Tokyo retracing the origins of Japanese contemporary art through the history of Japanese traditional art. This artistic trend includes Japanese art inspired by manga and anime. In the word “Superflat” : there is the word “flat” that refers to the flatness found in Japanese pictorial art. Indeed, for centuries, Japanese art does not know of perspective and is always very two dimensional. “Superflat” also criticizes the vacuity of consumerist Japanese post-war culture.

Murakami’s art is strongly impregnated by the work of Andy Warhol. Indeed, his  two artpieces Warhol/Silver and Warhol/Gold are a direct reference to Warhol’s flower series. We find in Murakami a deep respect for Warhol’s legacy but also a stunning and profound reflection for his master. In Sarah Thornton’s book Seven days in the art world, when asked about Warhol, Takashi answers with a surprising frustration in his words.
“Warhol’s genius was his discovery of easy painting,” he explained. “I am jealous of Warhol. I’m always asking my design team, ‘Warhol was able to create such an easy painting life, why our work so complicated?’ But the history knows! My weak point is my oriental background. Eastern flavor is too much presentation. I think it is unfair for me in the contemporary art battlefield, but I have no choice because I am Japanese.”

Like Warhol, Murakami creates a sort of Factory, an atelier developed into an empire, Kaikai Kiki Co. A lot like Jeff Koons factory in New York, they are places of production where hundreds of workers execute different steps of artistic process to realize the artists’ idea. However Murakami goes further in this approach and creates numerous merchandise like flower anime printed rugs referring to his signature motif.

Versailles château has had two exhibitions that created uproar the past years. Jeff Koons retrospective in 2008 and also Murakami’s exhibition in 2010. Takashi presented twenty two sculptures and paintings, eleven of which were made specially for the event. This exhibition was condemned by certain activists like Versailles mon Amour and Non aux mangas. These purists still not over the Jeff Koons experience tried unsuccessfully to stop Murakami’s exhibition.

Although Murakami’s work expresses an apparent psychedelic candor, he invites us to read between lines and offers a solid pictorial reflection. Three levels of understanding appear to us.

First level of understanding: the criticism of otaku, extremist anime fans who inspire Takashi only superficiality and emptiness. This fanatic insanity is exaggerated and mocked through a pictorial work of caricature and distortion.

Second level of understanding: the influence of society’s consumerist culture and its products in our personality and behavior.

Third level of understanding: the artist achieves an interesting union between “high culture” and the so called  ”popular” culture : a syncretism that raises the question of the legitimacy of this difference, a subject debated in the world of art today.

Mr. Dob, Takashi Murakami’s signature character was revealed in 1992. Used as a sort of self-portrait, it appeared at a time when artists like Barbara Kruger and Jenny Holzer were introduced to Japan. The work of these artists is very focused on words. Their message delivering artworks will have an impact on Murakami. Mr. Dob has a round head with two ears, like Mickey Mouse, the letter D is inscribed on the left ear and the letter b is inscribed on the right ear. Dob is a contraction of a Dada like phrase “dobojite, dobojite” which means “why why ?”. With this singular alter-ego, Murakami wanted to create an icon, which, while authentically Japanese, would have universal appeal.

In 2003, the famous fashion designer Marc Jacobs asked Murakami to join him on a collaboration where the artist will reinterpret Louis Vuitton’s classic handbags. This particular collection was interesting for Murakami on a creative level. Indeed, the brand accepted that the logo be interpreted in different colors leaving him an artistic flexibility. Furthermore this union born from this hybrid collaboration of a contemporary artist and a luxury brand will be a revolution in the world of art and fashion.

After art and fashion, Murakami invests himself in music and audiovisual work. His first music video was for Kanye West in 2007 and recently Pharrell Williams. In September 2014, he directs the video for Pharrell’s song “It Girl”, where the singer will have his own anime character.

In May 2008, Murakami becomes one of the most expensive living artist in the world. His sculpture My Lonesome Cow Boy (1998) is sold for more than 15 million dollars at Christie’s auction. 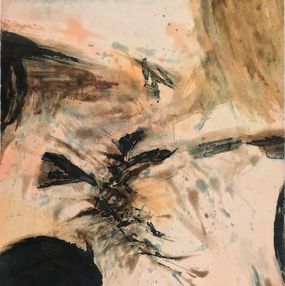 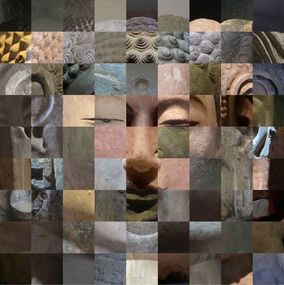 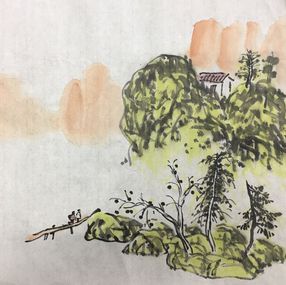 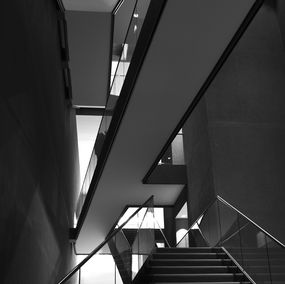